Technically I wasn’t here to see Dr. Mütter or his library but for a jazz concert by a talented local band, The Hot Club of Philadelphia. The concert took place upstairs in the historic Mitchell Hall. After seeing an unusual bloodletting display, I couldn’t resist sharing a post-Halloween update. 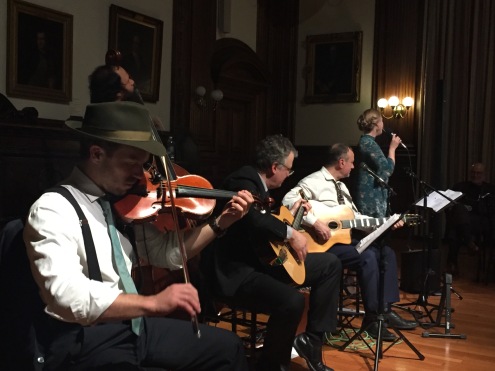 The Mütter is a medical museum in Philadelphia, established by surgeon Thomas Mütter, who died in 1859. A handsome Heathcliff from Wuthering Heights kind of guy (see photo). But where’s the handy scalpel to trim those sideburns! He donated money and 1,700 objects to the Philadelphia College of Physicians, founded in 1778, to create a museum.

The museum moved into a new building in 1909, and now has more than 25,000 objects, including pieces of Albert Einstein’s brain, used or studied for the sake of science. The museum exhibit section was closed in the evening, but I highly recommend making the unforgettable visit.

On display in the lobby was a cupping set with scarificator. And you thought Halloween was finally over! This equipment, in an original carrying case, was used for the popular bloodletting procedure which didn’t let up until the mid-19thcentury. The ominous wooden box, called a scarificator, was spring loaded to make numerous cuts on bare skin and start the bleeding. A warmed glass cup, two are in the case, was placed on the wound and the vacuum, created as the cup cooled, collected the blood. 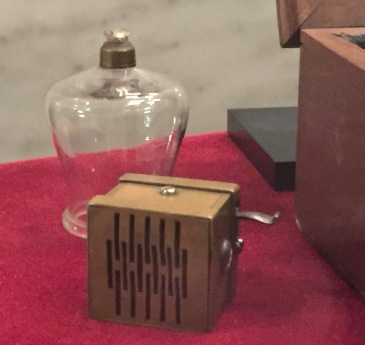 Since blood could go bad back then, or so they thought, this was a cleaning treatment. Not quite the spa treatments of today. Heated stones or even rocks? No problem!

President George Washington, against the supposed advice of wife Martha, asked for bloodletting treatments when he became ill. And that probably contributed to and hastened his death. Read his bio update on Wikipedia under Final Days for more details. Back in the day, many succumbed to infections from dirty equipment and unwashed hands besides losing up to five pints of blood.

The museum has a photo in the lobby of the library back in 1890 and has books for sale in the gift shop. 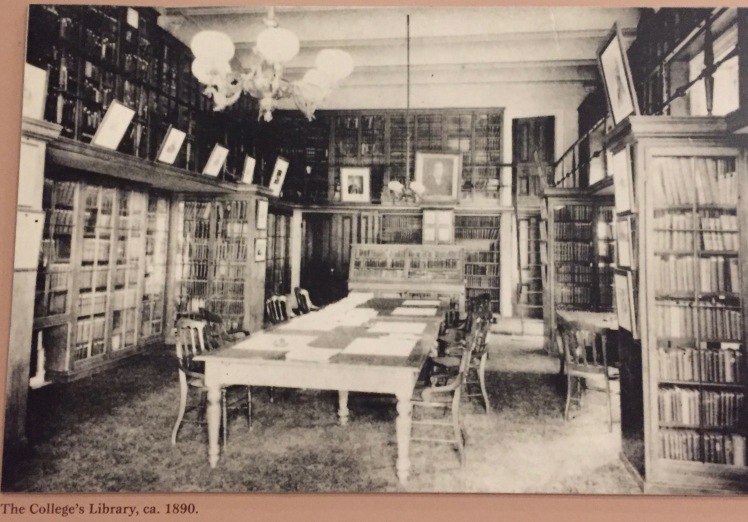 My novel AQUAVIT doesn’t have anything to do with bloodletting, but my second soon-to-be-finally-published novel BLUENESS does.