Last week I visited the most unique library so far. But instead of telling you the name in English, it’s game time and let’s see if you can guess it. Just don’t take the fun out of it by looking too closely at the photos.

Hint #1 ~ The library has fish tanks with tropical fish.

Hint #2 ~ They also have a sports museum inside the library. This small country has contributed quite a few professional baseball players.

Hint #3 ~ The library has books in their local language called Papiamento. It’s a Creole language and a mix of Spanish, Portuguese, Dutch, English, French, Arawakan and African languages and dialects. 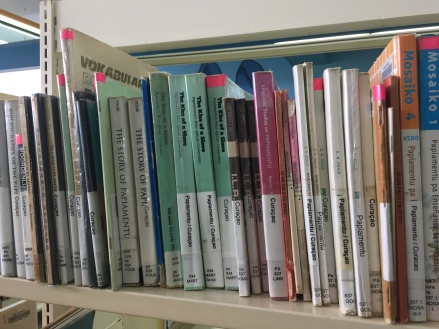 Hint #4 ~ They have a really beautiful flag. Almost as colorful as my novel Aquavit!

Hint #5 ~ They are located about fifteen nautical miles from South America. Fishermen from Venezuela bringing produce over to the floating market in the capital city.

Hint #6 ~ The island is surrounded by the Caribbean Sea.  A tourist brochure described it as Fifty Shades of Blue.

Hint #7 ~ Last chance! Known as the C in the ABC islands.

I’m out of clues. This is the Library National Curaçao. Finding the library required some searching since it isn’t in the downtown tourist locale, but I’m glad we persisted.

As they say in beautiful Curaçao te aworo. See you later! And now, back to my  book. 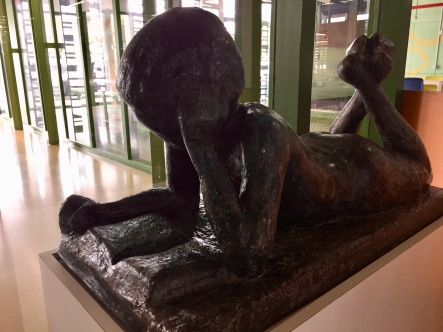